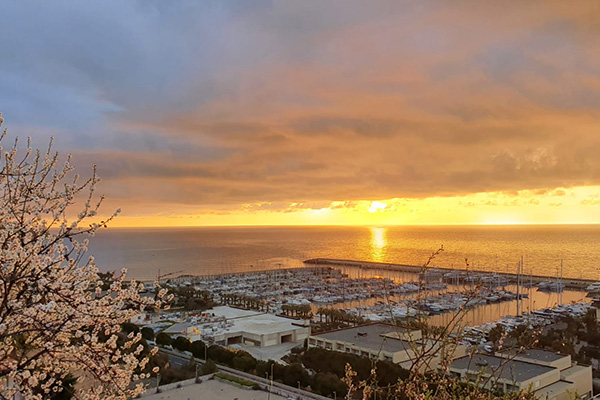 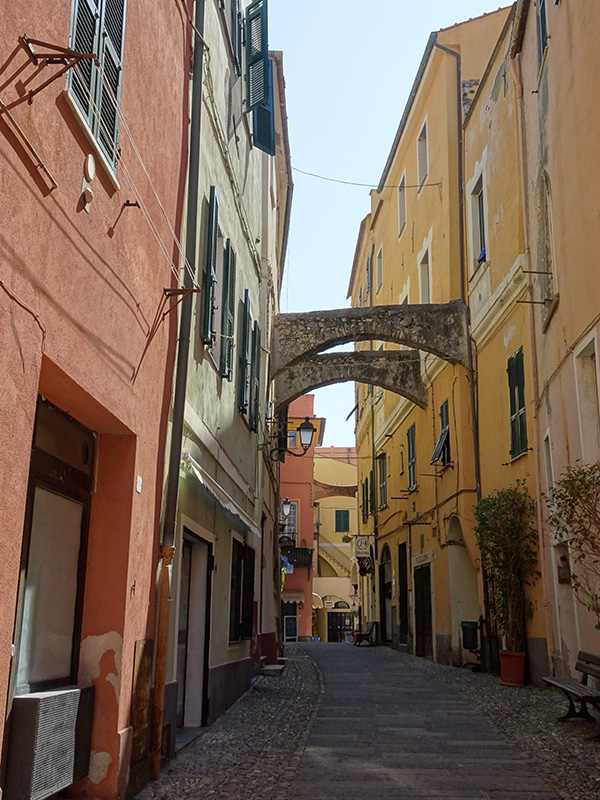 Terramata Resort is located in the center of S. Stefano al Mare, a characteristic Ligurian village made up of small alleys “carruggi”, with a long coastline of beaches that reaches the tourist port of Marina degli Aregai to the east.

We are 9 km from Sanremo and 30 minutes from Montecarlo. The 30 km cycle path that connects the most beautiful towns on the coast is certainly of interest.

The Ligurian Ponente unites the sea with the mountains like few other places in Italy.
In fact, you can enjoy fabulous fish-based meals in the numerous restaurants on the coastal coast, as well as taste the best dishes of mountain Liguria, visiting the characteristic places in the nearby Argentina Valley.

Our area is suitable for those who love cycling and trekking, with a fabulous cycle path along the sea and numerous mountain trails of all levels.

Typical village festivals are also held throughout the year and during the winter months the climate remains sunny and mild.

Obviously, nightlife also has a lot to offer in cities such as Sanremo and Montecarlo, destinations known to all. 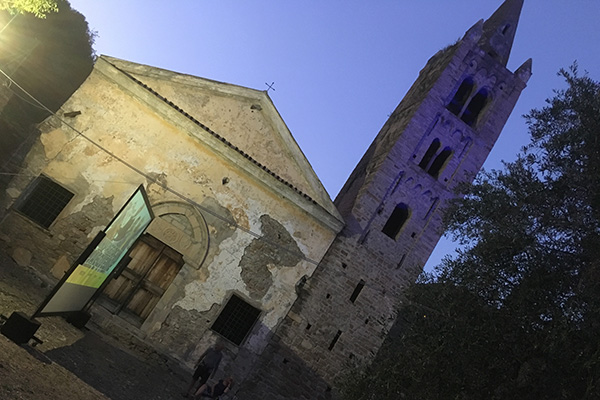 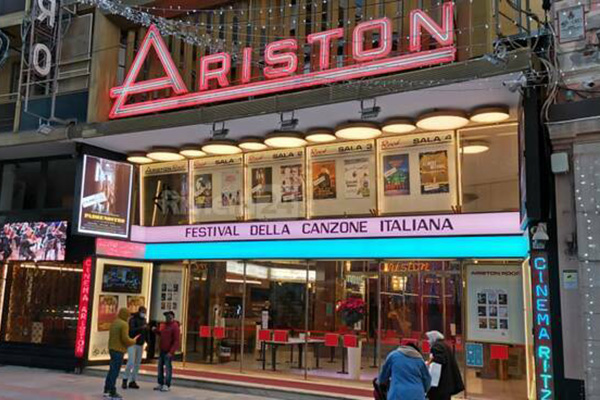 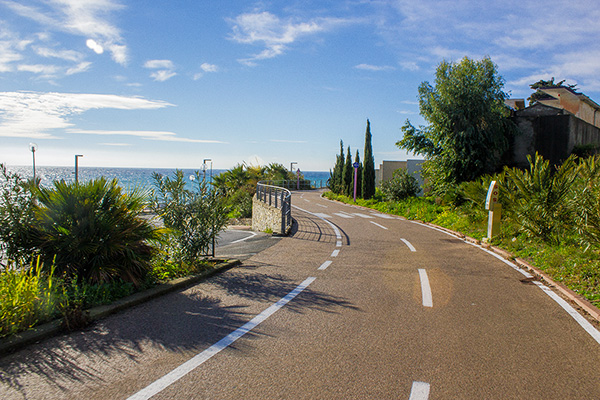 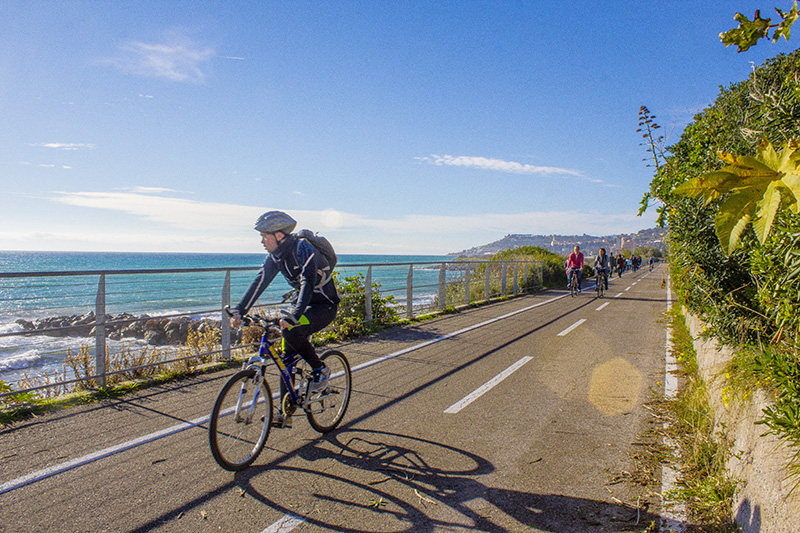 CYCLE-PEDESTRIAN TRACK OF THE PONENTE LIGURE

A few meters from Terramata resort is the longest cycle-pedestrian path in Europe (24 km) with a breathtaking view.

The Cycle Path of the Coastal Park “Riviera dei Fiori” (initially also called “Coastal Park of Ponente Ligure”) is one of the longest in Europe, a total of 24 km long, with a path that can be used by pedestrians and cyclists in both directions march.

Advertised as “The Cycling Riviera” abroad and in the signs present in the municipalities it crosses, the cycle path was born on the former single-track coastal path of the old Genoa-Ventimiglia railway line, in the stretch between Ospedaletti and San Lorenzo al Mare, decommissioned in 2001 and moved upstream for doubling.
The cycle path is completely asphalted, equipped with horizontal and vertical signs, a surveillance system and an emergency call. The railway tunnels have been recovered and equipped with lighting. Two bike lanes have been created alongside one lane for pedestrians. In some open spaces, panoramic rest points have been created, while some stations and old connected buildings have been converted into refreshment points.

Spending a cycling holiday on the cycle path is facilitated by the possibility of accessing it in several points, generally about every 400 meters, with the possibility of using parking spaces in the places crossed. There are also rental gazebos directly on the track that allow you to rent a bike by the hour, half or full day at very affordable rates.
(source: Pistaciclabile.com) 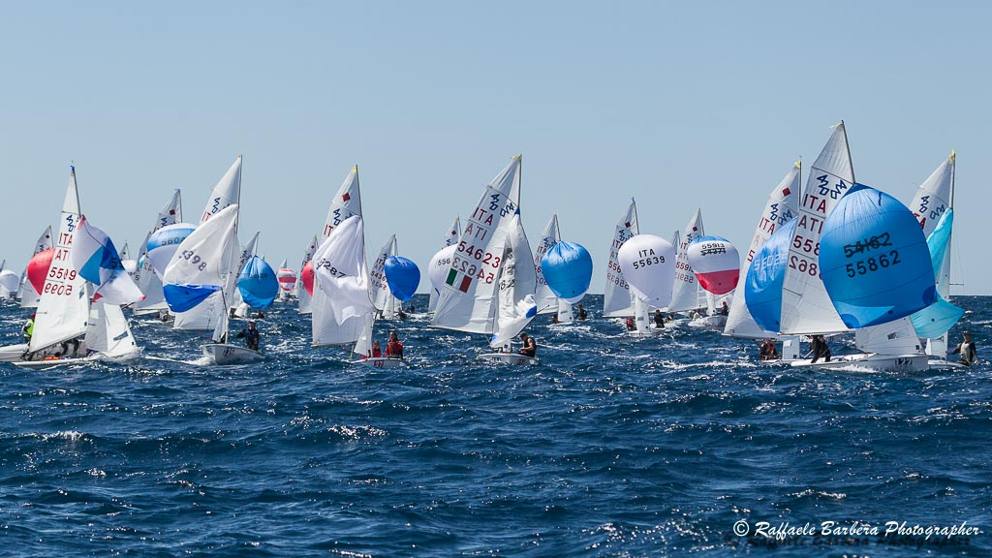 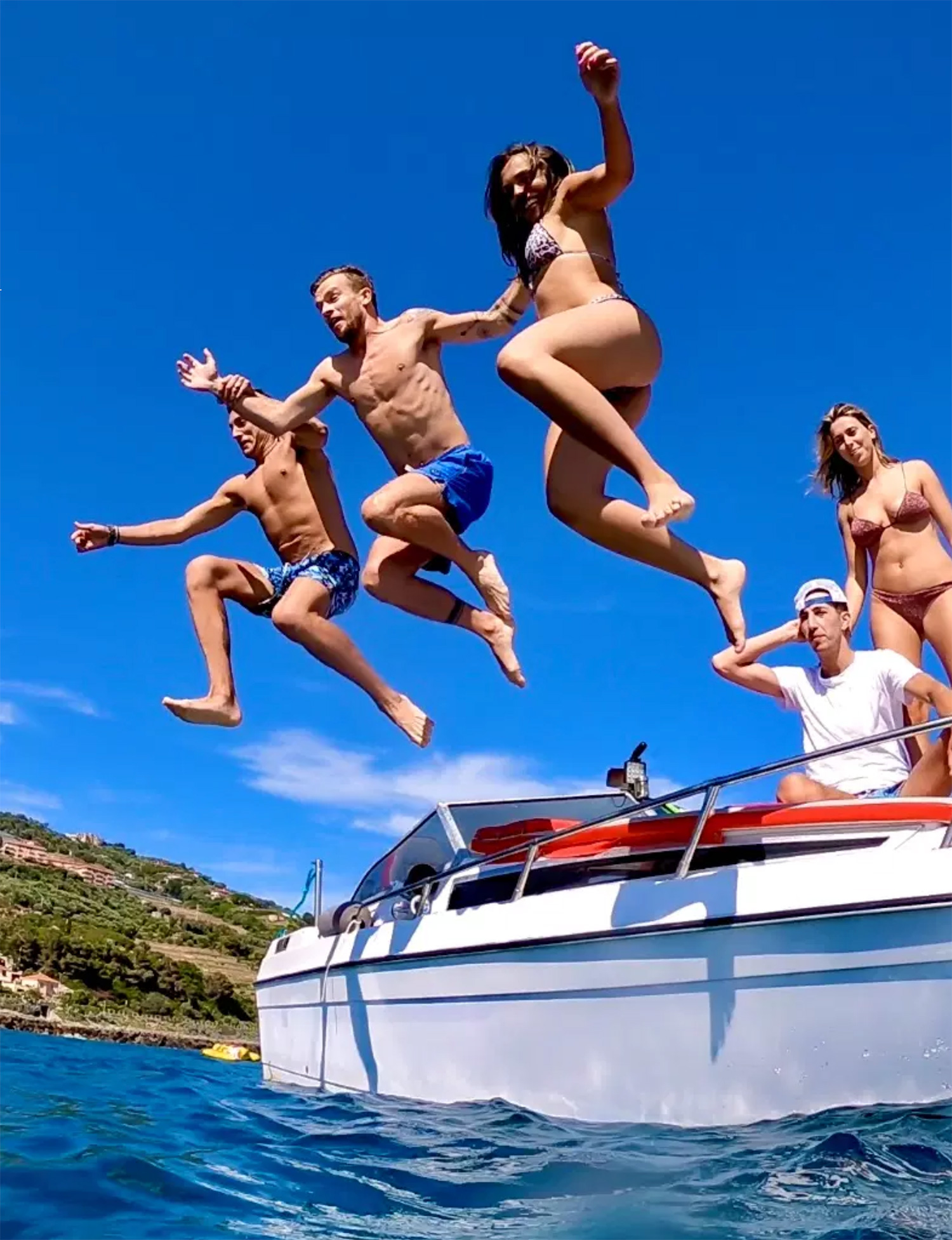 A tip for experiencing the sea by boat!
Half a day in the middle of the sea or a nice aperitif at sunset with a good glass.
Departures from the tourist port Marina di San Lorenzo or from the port of Arma di Taggia.
It will be possible to swim and snorkel, admire the beautiful seabed and the numerous schools of fish typical of the area.
Details on the website www.liguriainbarca.it

Do not miss the Whale Watching during the summer season with departures from Sanremo and Imperia.

Some events:
The white nights of music throughout the province, Sanremo Festival, Sanremo Casino, “The mall” Outlet in the Armea Valley.

The Terramata resort strongly recommends visiting the nearby and splendid Argentina Valley, surrounded by unexpected, luxuriant and verdant landscapes; medieval villages and the opportunity to buy typical local products, for example extra virgin olive oil and Taggiasca olives, or the various products derived from the distillation of lavender, Triora bread, and much more.

What to do / see in Sanremo